Everything you need to know about Housing Day 2017!

Building on the success of previous years, Housing Day 2017 celebrates the positive impact that social housing has on thousands of people across the UK. By visiting the @HousingDay Twitter account or by using the hashtag #HousingDay, you can follow a hive of social media activity that focuses on telling tenant stories and dispelling the misconceptions of those with first-hand experience of living in social housing. But, what is social housing?

It’s owned and managed by registered providers, such as non-commercial organisations (including local authorities or housing associations), and with legislation limiting their rises in rent, these homes will continue to remain at an affordable price!

Unlike in the private rented sector, where a tenancy is offered by a landlord or letting agency to anyone with a successful application, social housing is allocated on the basis of need.

But there are two factors that impact upon the allocation of social housing:

Interestingly, all local authorities have been granted the freedom to create their own procedures which are used to efficiently allocate social housing. Within this point-based criteria, councils retain the right to decide who is or isn’t eligible to go on a waiting list. For those who meet the criteria, it’s required by law that ‘reasonable preference’ must be given to the following groups:

On the other hand, an applicant would not be eligible to join a housing list if:

When you consider these criteria, as well as the fact that far too many applicants are fighting for a limited number of properties, it’s easy to paint the social housing process as a somber, and undoubtedly cut-throat, concern.

Why do we need more social housing?

The harsh reality is, the UK is currently suffering from a severe shortage of social housing. With waiting lists sky-rocketing to an all time high, there are currently over 1.8 million households in England waiting for a home; an almighty increase of 81% since 1997.

This mind-blowing statistic means that many are left to feel the eye-watering sharp edge of the housing crisis. Unfortunately, most people who need social housing are forced to live for months on end in temporary accommodation, such as hostels or B&B’s. With little income, even these silver-linings offer no stability, leaving many individuals and families uncertain of their next move.

It’s clear to see that the UK is in desperate need of more social housing. So much so in fact, that a social housing campaigner has shed a little more light on this crisis:

“One thing is clear, unless we see significant growth in social rent homes, the housing crisis will get worse. By Christmas 2017, we will see more homeless people on the streets and more people living in poor housing, paying rent they cannot afford, leading to a further increase in poverty and inequality”.

With this in mind, be sure to follow @HousingDay’s campaign using the hashtag #HousingDay. Not only is this day set to be an eye-opening insight into the world of social housing, but it’ll be a great opportunity to raise awareness of the UK’s social housing crisis! 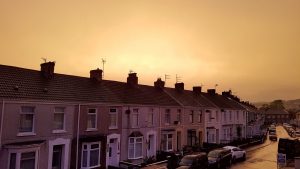