This fantastic local charity was inspired by the heart-wrenching experience of a little boy named Theo. When aged only five, he was given the devastating diagnosis of Neuroblastoma; an extremely aggressive form of childhood cancer that has exceptionally low survival rates. In the space of two weeks, Theo rapidly transitioned from a happy and healthy child, to losing his ability to walk. Not only had his cancer spread to his bones, head, shoulders, legs and pelvis, but he’s had to endure seventeen gruelling months of chemotherapy.

Sadly, this isn’t the only story of suffering, as Theo’s Warriors was established to help other children and families through their darkest days. Not only does this charity help to ease the financial burden that a cancer diagnosis brings, but it provides the essential emotional support that’s needed to battle this life-shattering condition. From learning about the heartbreaking realities of childhood cancer, it became clear that these children and their families, rely on supporters in order to wage the war against Neuroblastoma. This is why we wanted to do our part in helping these warriors combat the silent killer. With this admirable charity in mind, we decided to organise a fundraising event last year and this year again, in order to raise awareness, as well as money, for Theo’s Warriors!

On Friday 22nd September, we hosted a Charity Golf Day at Blackburn Golf Club, and we’re extremely pleased to announce that it was a huge success! Throughout the day, we welcomed fifty-two golfers to the green, and in teams of four, every tee, swing and putt was a bid to be the best.

Eighteen holes later, and we continued the fundraising by organising a delicious evening meal and a lively auction, bursting with bustling bidders until the final knock of the gavel! After a fantastic night, and plenty of generous donations from seventy-five golfers and attendees, we were delighted to have raised a grand total of £2953.00 for Theo’s Warriors!

Not only will this money go towards helping children like Oliver, who was diagnosed with Stage 4, high risk Neuroblastoma on his 3rd birthday, but we know we’ve helped to sustain a lifeline that the families affected by this devastating disease so desperately need.

If you’d like to find out more information about Theo’s Warriors, or would like to make a donation to this life-changing cause, visit the charity’s Facebook page, here: www.facebook.com/TheosWarriors 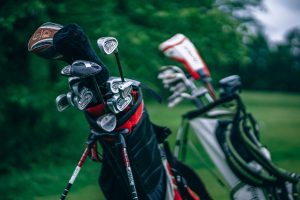