What is the ‘Right to Build’ scheme and what will it mean for self builders?

The number of people building their own homes declined considerably post economic crisis. The 17,000 self-built properties finished in 2006 dropped significantly to just 10,000 in 2014. However, in the UK, interest in self and custom build homes is increasing again. Custom and self-build initiatives are undoubtedly important for the national economy and housing supply, currently accounting for around 10,000 new homes every year and turning over about £4 billion. If the UK can get more people building homes, it means more opportunities for smaller builders and contractors, the creation of more local jobs and a broader contribution to local economies.

It’s for that reason that a number of government initiatives have been put in place in recent years to encourage more house-hunters to build, rather than buy, their next home. While the opportunity to own a bespoke, custom-designed property is tempting, for many, the cost, time and logistics of co-ordinating a new-build puts it firmly out of scope.

The government is committed to removing the main barriers that keep custom-build housing out of the mainstream through ‘The Housing Strategy for England’; a programme announced in November 2011, which aims to double the size of the current housing sector by 2021. As part of this strategy, the ‘Right to Build’ was announced in March 2014.

The ‘Right to Build’ scheme: What, why and wherefore?

The ‘Right to Build’ scheme is a government initiative, which will allow self-builders to gain access to council-owned land for building on. Essentially, where local authorities are not providing adequate opportunity and land for custom build homes, self-builders will be able to challenge them for the land to be supplied as viable, serviced building plots.

Many councils had previously been reluctant to allow self- build projects in their jurisdictions, so the scheme has been designed as a way for the government to put more power into the hands of the builders. And, even in the 12 months since its announcement, the scheme has evolved. It now incorporates a ‘register’ of individuals who wish to build their own home — and once an interested home builder gets onto the register, their local authority becomes responsible for identifying and offering a suitable site as soon as possible.

In October 2014, it was announced that the government may allow councils to require that self-builders demonstrate a connection to the local area in order to register their interest in acquiring a serviced plot, whether that be through residency for a specified period of time, or through the residency of close family members.

In addition, prospective builders would need to demonstrate access to sufficient funds “to acquire a plot of land and commission or build a home on it”, would need to be European Economic Area citizens and be more than 18 years old. Funding would only be available for plots to be used as an applicant’s main residential home.

Roll-out of the ‘Right to Build’ scheme

In September 2014, the first 11 ‘vanguard’ councils to offer help through the Right to Build scheme to people wanting to build their own home were announced.

The 11 authorities selected (including Cherwell, South Cambridgeshire, Teignbridge, Shropshire, Oldham, West Lindsey, Pendle, Sheffield, South Norfolk, Stoke-on-Trent and the Exmoor and Dartmoor National Park Authorities), would share a sum of £550,000 to fund the provision of ‘suitable and serviced’ plots of land for sale at market value to prospective self and custom-builders.

This first wave of areas forms the initial stage of a consultation on the Right to build proposal. Depending on the success of this, the changes may be extended across the country, using a £150million fund, earmarked in the Chancellor of the Exchequer’s 2014 budget to kick-start a wave of self-build in the UK.

The scheme will form one of a number of measures designed to ‘get Britain building’, since experts have predicted that the UK needs approximately 250,000 new homes every year in order to tackle the housing deficit. With over 50 per cent of people in the UK saying that they would consider building their own home given the opportunity, there’s undoubtedly an appetite for the scheme, but the first step is to make people aware that self-build and custom-build is a viable model.

Aldrock Chartered Surveyors offer a complete design, planning and building regulations service across Lancashire and the North West. For more information, help or advice about our service, don’t hesitate to get in touch. 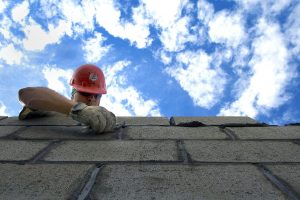